One night last month, on the recommendation of a man known online as Captain K, a small group gathered in an Arizona parking lot and waited in folding chairs, hoping to catch the people they believed were trying to destroy American democracy by submitting fake early voting ballots.

Captain K — which is what Seth Keshel, a former U.S. Army intelligence officer who espouses voting fraud conspiracy theories, calls himself — had set the plan in motion. In July, as states like Arizona were preparing for their primary elections, he posted a proposal on the messaging app Telegram: “All-night patriot tailgate parties for EVERY DROP BOX IN AMERICA.” The post received more than 70,000 views.

Similar calls were galvanizing people in at least nine other states, signaling the latest outgrowth from rampant election fraud conspiracy theories coursing through the Republican Party.

In the nearly two years since former President Donald J. Trump catapulted false claims of widespread voter fraud from the political fringes to the conservative mainstream, a constellation of his supporters have drifted from one theory to another in a frantic but unsuccessful search for evidence.

Many are now focused on ballot drop boxes — where people can deposit their votes into secure and locked containers — under the unfounded belief that mysterious operatives, or so-called ballot mules, are stuffing them with fake ballots or otherwise tampering with them. And they are recruiting observers to monitor countless drop boxes across the country, tapping the millions of Americans who have been swayed by bogus election claims.

In most cases, organizing efforts are nascent, with supporters posting unconfirmed plans to watch local drop boxes. But some small-scale “stakeouts” have been advertised using Craigslist, Telegram, Twitter, Gab and Truth Social, the social media platform backed by Mr. Trump. Several websites dedicated to the cause went online this year, including at least one meant to coordinate volunteers.

Some high-profile politicians have embraced the idea. Kari Lake, the Trump-endorsed Republican candidate for governor in Arizona, asked followers on Twitter whether they would “be willing to take a shift watching a drop box to catch potential Ballot Mules.”

Supporters have compared the events to harmless neighborhood watches or tailgate parties fueled by pizza and beer. But some online commenters discussed bringing AR-15s and other firearms, and have voiced their desire to make citizens’ arrests and log license plates. That has set off concerns among election officials and law enforcement that what supporters describe as legal patriotic oversight could easily slip into illegal voter intimidation, privacy violations, electioneering or confrontations.

“What we’re going to be dealing with in 2022 is more of a citizen corps of conspiracists that have already decided that there’s a problem and are now looking for evidence, or at least something they can twist into evidence, and use that to undermine confidence in results they don’t like,” said Matthew Weil, the executive director of the Elections Project at the Bipartisan Policy Center. “When your entire premise is that there are problems, every issue looks like a problem, especially if you have no idea what you’re looking at.”

Mr. Keshel, whose post as Captain K inspired the Arizona gathering, said in an interview that monitoring drop boxes could catch illegal “ballot harvesting,” or voters depositing ballots for other people. The practice is legal in some states, like California, but is mostly illegal in battlegrounds like Georgia and Arizona. There is no evidence that widespread illegal ballot harvesting occurred in the 2020 presidential election.

“In order to quality-control a process that is ripe for cheating, I suppose there’s no way other than monitoring,” Mr. Keshel said. “In fact, they have monitoring at polling stations when you go up, so I don’t see the difference.”

The legality of monitoring the boxes is hazy, Mr. Weil said. Laws governing supervision of polling places — such as whether watchers may document voters entering or exiting — differ across states and have mostly not been adapted to ballot boxes.

More Coverage of the 2022 Midterm Elections

In 2020, election officials embraced ballot boxes as a legal solution to socially distanced voting during the coronavirus pandemic. All but 10 states allowed them.

But many conservatives have argued that the boxes enable election fraud. The talk has been egged on by “2000 Mules,” a documentary by the conservative commentator Dinesh D’Souza, which uses leaps of logic and dubious evidence to claim that an army of partisan “mules” traveled between ballot boxes and stuffed them with fraudulent votes. The documentary proved popular on the Republican campaign trail and among right-wing commentators, who were eager for novel ways to keep doubts about the 2020 election alive.

“Ballot mules” have quickly become a central character in false stories about the 2020 election. Between November 2020 and the first reference to “2000 Mules” on Twitter in January 2022, the term “ballot mules” came up only 329 times, according to data from Zignal Labs. Since then, the term has surfaced 326,000 times on Twitter, 63 percent of the time alongside discussion of the documentary. Salem Media Group, the executive producer of the documentary, claimed in May that the film had earned more than $10 million.

The push for civilian oversight of ballot boxes has gained traction at the same time as legislative efforts to boost surveillance of drop-off sites. A state law passed this year in Utah requires 24-hour video surveillance to be installed at all unattended ballot boxes, an often challenging undertaking that has cost taxpayers in one county hundreds of thousands of dollars. County commissioners in Douglas County in Nebraska, which includes Omaha, voted in June to allocate $130,000 for drop box cameras to supplement existing cameras that the county does not own.

In June, Arizona lawmakers approved a budget that included $500,000 for a pilot program for ballot box monitoring. The 16 boxes included will have round-the-clock photo and video surveillance, rejecting ballots if the cameras are nonfunctional, and will accept only a single ballot at a time, producing receipts for each ballot submitted.

Many supporters of the stakeouts have argued that drop boxes should be banned entirely. Some have posted video tours of drop box sites, claiming that cameras are pointed in the wrong direction or that the locations cannot be properly secured.

Melody Jennings, a minister and counselor who founded the right-wing group Clean Elections USA, claimed credit for the Arizona gathering on Truth Social and said it was the group’s “first run.” She said in a podcast interview that any surveillance teams she organized would try to record all voters who used drop boxes. The primaries, she said, were a “dry run” for the midterms in November. Ms. Jennings did not respond to requests for comment.

After the Arizona gathering, organizers wrote to high-profile Truth Social users, including Mr. Trump, claiming without evidence that “mules came to the site, saw the party and left without dropping ballots.” Comments on other social media posts about the event noted that the group could have frightened away voters wary of engaging, drawn people planning to report the group’s activities or simply witnessed lost passers-by.

On Aug. 2, Ms. Lake and several other election deniers prevailed in their primary races in Arizona, where a GoFundMe campaign sought donations for “a statewide volunteer citizen presence on location 24 hours a day at each public voting drop box location.” Kelly Townsend, a Republican state senator, said during a legislative hearing in May that people would train “hidden trail cameras” on ballot boxes and follow suspected fraudsters to their cars and record their license plate numbers.

“I have been so pleased to hear about all you vigilantes out there that want to camp out at these drop boxes,” Ms. Townsend said.

Surveillance plans are also forming in other states. Audit the Vote Hawaii posted that citizens there were “pulling together watch teams” to monitor the drop boxes. A similar group in Pennsylvania, Audit the Vote PA, posted on social media that they should do the same.

In Michigan, a shaky video filmed from inside a car and posted on Truth Social showed what appeared to be a man collecting ballots from a drop box. It ended with a close-up shot of a truck’s license plate.

In Washington, a right-wing group launched Drop Box Watch, a scheduling service helping people organize stakeouts, encouraging them to take photos or videos of any “anomalies.” The group’s website said all its volunteer slots for the state’s primary early this month were filled.

The sheriff’s office in King County, Wash., which includes Seattle, is investigating after election signs popped up at several drop box sites in the state warning voters they were “under surveillance.”

One Gab user with more than 2,000 followers offered stakeout tips on the social network and on Rumble: “Get their face clearly on camera, we don’t want no fuzzy Bigfoot film,” he said in a video, with his own face covered by a helmet, goggles and cloth. “We need to put that in the Gab group, so there’s a constant log of what’s going on.”

Calls for civilian surveillance have expanded beyond ballot boxes. One post on a conservative blog cheers on people who monitor “any suspect activities before, during and after elections” at ballot-printing companies, vote tabulation centers and candidates’ offices.

Paul Gronke, the director of the Elections and Voting Information Center at Reed College, suggested that activists hoping for improved election security should push for more data transparency measures and tracking programs that allow voters to monitor the status of their absentee ballot. He said he had never heard of a legitimate example of dropbox watchdogs successfully catching fraud.

The prospect of confrontations involving self-appointed overseers largely untrained in state-specific election procedures, charged up by a steady diet of misinformation and militarized rhetoric, is “just a recipe for disaster” and “puts at risk the voters’ ability to cast their ballots,” Mr. Gronke said.

“There are ways to secure the system, but having vigilantes standing around drop boxes is not the way to do it,” he said. “Drop boxes are not a concern — it’s just a misdirection of energy.”

Tags
All Group Monitor Said That

‘House of the Dragon’ Is Coming. Here’s What You Need to Know. 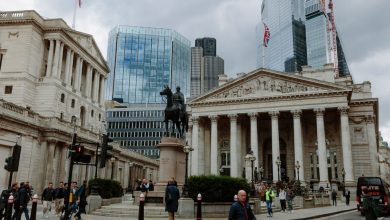 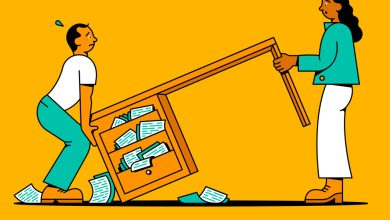 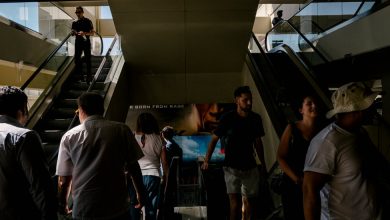 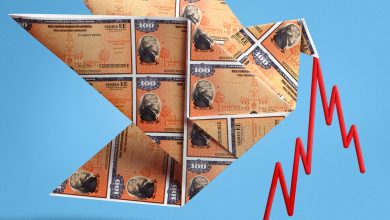