They set fire to the carpet in the lower house of Brazil’s Congress. They attacked the presidential offices, rifled through papers and tried to barricade themselves inside. They destroyed windows inside the Supreme Court.

Thousands of supporters of Brazil’s right-wing former president, Jair Bolsonaro, stormed buildings representing the three branches of government to protest what they falsely believe was a stolen election.

The riots were the culmination of attacks by Mr. Bolsonaro and his supporters against the nation’s electoral systems. Many images of the riots recalled the Jan. 6 attack on the U.S. Capitol.

Authorities said later on Sunday that the military police had retaken control of all three buildings and the Three Powers Square. Here’s what we know about what happened at each location.

Scores of protesters forced their way in the National Congress building, spreading throughout the building and making their way to the roof. Video showed Bolsonaro supporters using heavy metal security barricades to smash through several large windows before entering Congress. 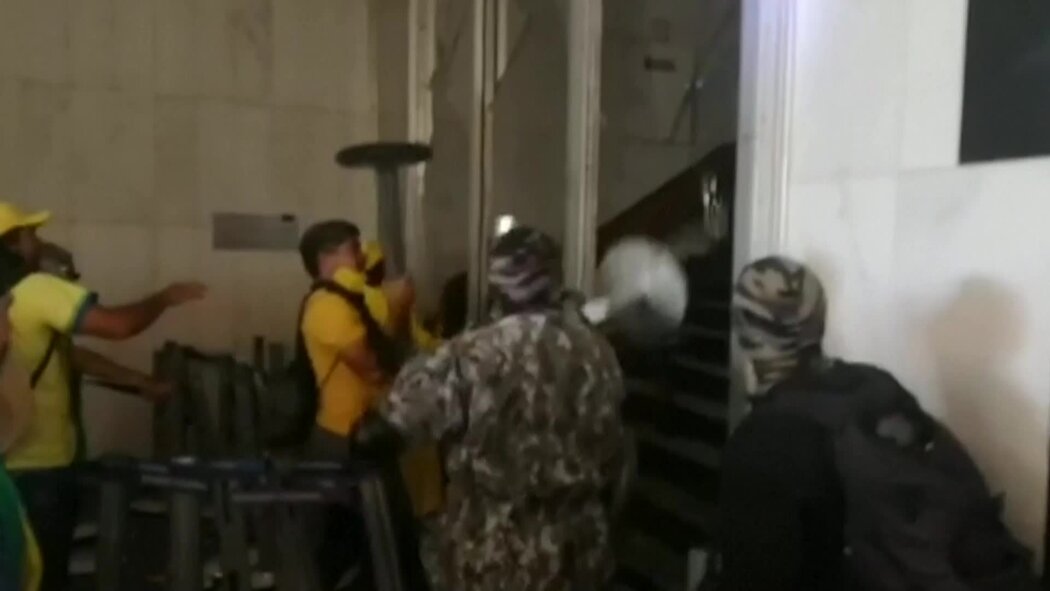 Once inside, protesters could be seen inside a chamber of the upper house of Congress posing and taking video of themselves. 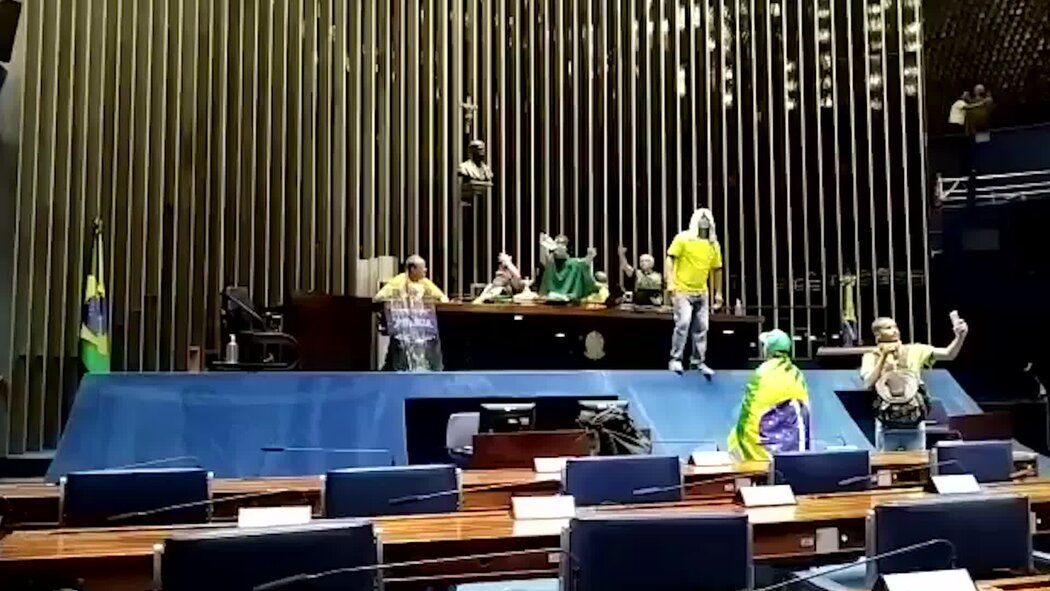 Protesters celebrate and take selfie videos inside a chamber of the upper house of Congress.CreditCredit…@Metropoles via Twitter

“This is a historic moment,” one protester narrated on a livestream as other demonstrators stormed Congress. This is “the invasion — the invasion, no, the occupation — of the National Congress.” He added to his viewers, “Give a like and subscribe to my channel, guys.”

Local news footage showed smoke and flames coming from the lower house of Congress after protesters set the carpet on fire.

In a plaza outside the National Congress building, video posted to social media showed a crowd of protesters striking a police officer on horseback, pulling him off his horse. 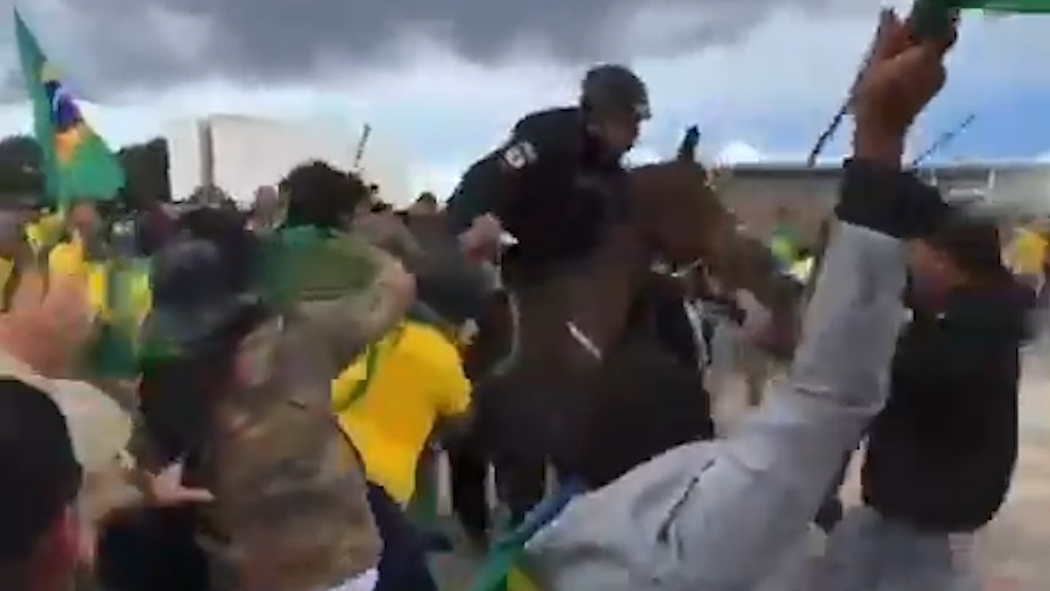 Demonstrators attack a policeman on horseback outside Brazil’s Congress.CreditCredit…@eixopolitico via Twitter

Dozens of protesters streamed into the Presidential Palace, a building that was the site of the presidential inauguration just one week ago. Some set up a barricade to hold back the police and clear the way for more protesters to enter, and video showed security forces using tear gas to try to disperse the crowds.

Videos posted to social media show men, some wearing Brazilian flags as capes, walking into empty offices that had been ransacked. 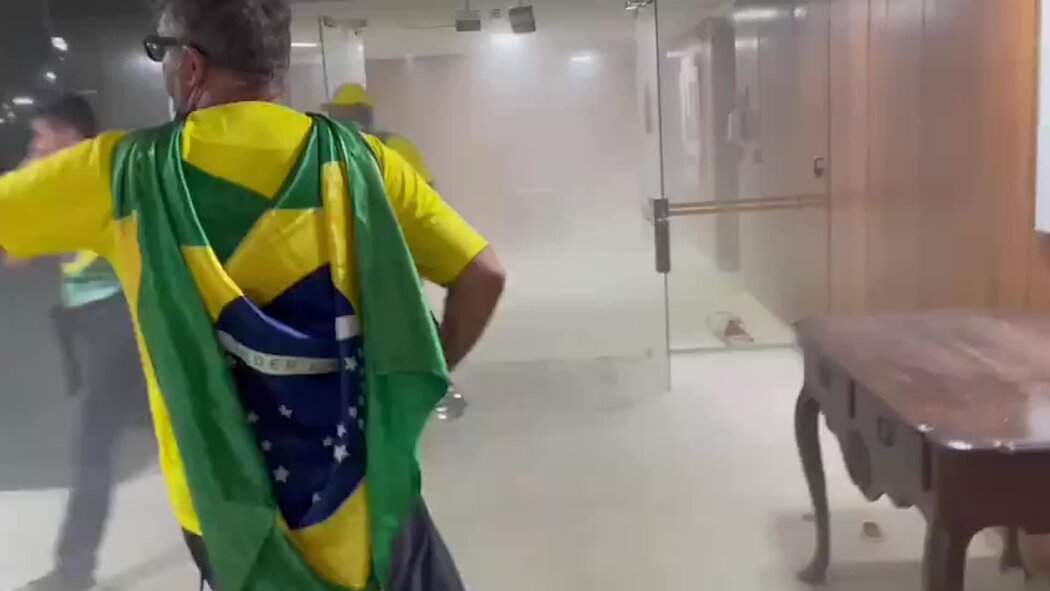 Protesters walk through the smoke-filled interior of the presidential office building.CreditCredit…@Metropoles via Twitter

Later, dozens of Army soldiers entered the building, and protesters could be seen rifling through papers on a desk. 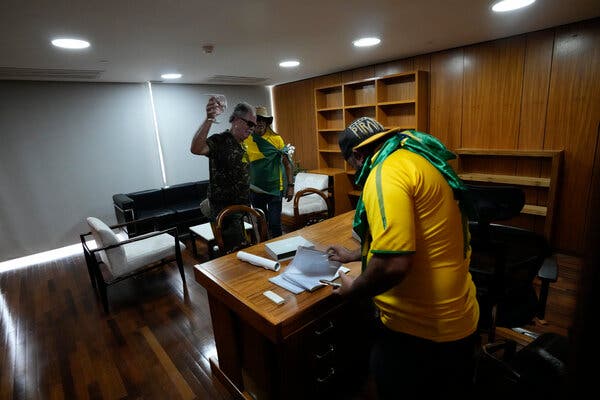 One photo showed chairs tossed around, and another showed furniture that was thrownoutside the building laying on the ground.

Later in the afternoon, two helicopters hovered over the presidential offices. Officers in the helicopters fired what appeared to be anti-riot ammunition and tear-gas canisters.

On the other side of the plaza, protesters were seen inside the Federal Supreme Court of Brazil destroying windows. 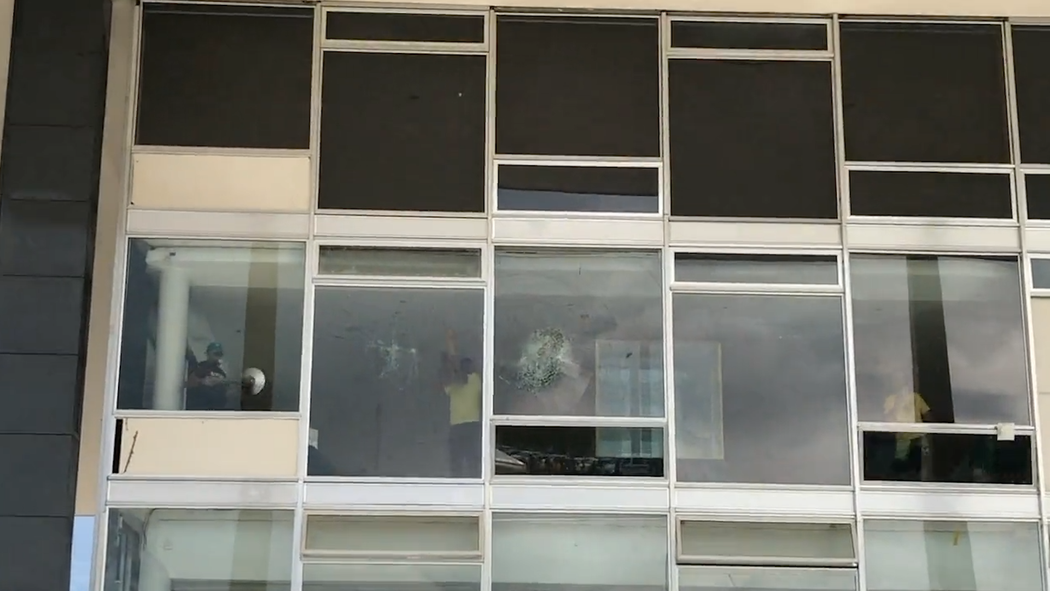 Protesters inside the Supreme Court attempted to smash several windows as crowds outside waved Brazilian flags.CreditCredit…@O_Despertar via Telegram 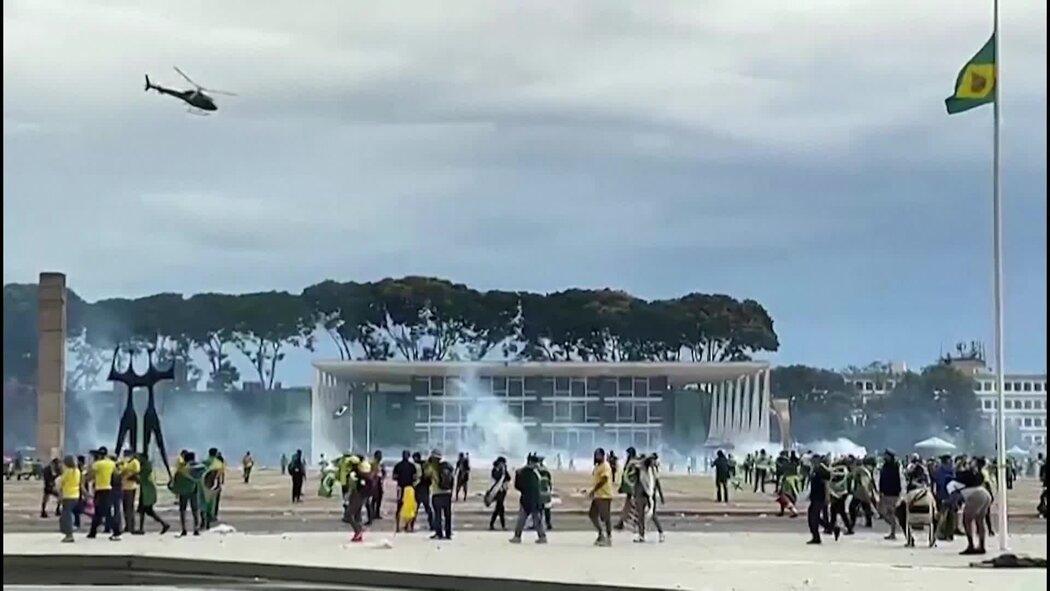 A helicopter flies over the Supreme Court in Brasilia.CreditCredit…Reuters

Calling the riot an act of terrorism, Ibaneis Rocha, the federal district governor, said on Twitter that more than 400 people were arrested in the aftermath of Sunday’s protests “and will pay for the committed crimes.” 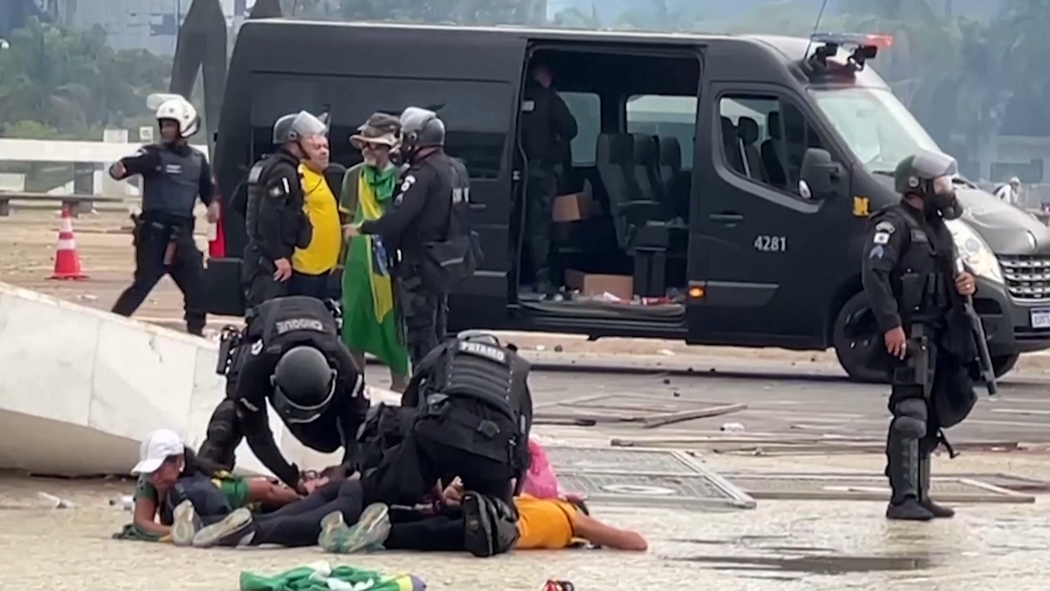 Tags
Building Off Protest That Video

The attack on Brazil’s seat of government resembles the storming of the U.S. Capitol on Jan. 6, 2021.