When Giorgia Meloni, the hard-right leader who is likely to become Italy’s next prime minister, said on Italian TV this month that she opposed adoption by gay couples and that having a mother and a father was best for a child, Luigi, 6, overheard her and asked his father about it.

“I wasn’t able to answer very well,” said his father, Francesco Zaccagnini. “I said they are not happy with how we love each other.”

In recent weeks, Mr. Zaccagnini, 44, who works for a labor union in the Tuscan city of Pisa and is a gay father, went door to door asking friends and acquaintances to vote in Sunday’s elections to oppose Ms. Meloni’s party, Brothers of Italy.

Mr. Zaccagnini and his partner had Luigi and their 6-month-old daughter, Livia, with two surrogate mothers who live in the United States. In her election campaign, Ms. Meloni pledged to oppose surrogacy and adoption by gay couples. As a member of Parliament, she submitted an amendment to a law that would extend a ban on surrogacy in Italy to Italians who seek the method abroad. It has not yet been approved by Parliament.

Italy is already an outlier in Western Europe in terms of gay rights — gay marriage is still not recognized by law — but the possibility of Ms. Meloni taking power has prompted fears among gay families that things might get worse.

In 2016, Parliament passed a law recognizing civil unions of same-sex couples despite opposition by the Roman Catholic Church, which is influential in Italy.

Gay parents remain cut off from the main avenues for adoption, which require a marriage rather than a civil union. And with surrogacy banned and in vitro fertilization only allowed for heterosexual couples, gay couples are effectively forced to travel abroad to become parents, and to navigate complicated — and case by case — paths through bureaucracy, courts and social services.

“We hoped that the country would go forward,” said Alessia Crocini, the president of Rainbow Families, an association of gay families. “But we have a dark period ahead.”

Ms. Meloni has said that civil unions are good enough for gay couples. She has also repeatedly said that she is not homophobic, and that she is not going to alter existing civil rights, but that what is best for a child is to have both a mother and a father. Her surrogacy proposal scared many gay parents, as did her tone and emphasis on what constitutes a family.

“It gives homophobes an excuse and a political support,” Ms. Crocini said.

Ms. Meloni has decried what she calls “gender ideology” as aimed at the disappearance of women as mothers, and opposes the teaching of such ideas in schools.

Ms. Crocini said she worried that her son, 8, saying he has two mothers at school might be considered gender ideology.

She has some reason to think that. Federico Mollicone, the culture spokesman for Ms. Meloni’s party, recently urged the Italian state broadcaster RAI not to air an episode of the popular cartoon “Peppa Pig” that featured a bear with two mothers, calling it “gender indoctrination,” and claiming that young children should not see gay adoption presented as something “natural” or “normal, because it’s not.”

Last year, Ms. Meloni campaigned to make surrogacy a “universal crime,” using a picture of a child with a bar code on its hand.

“My son this year will start reading,” he said. “I need to protect him somehow.”

Fall for Dance Review: Some Tap, a Pas de Deux and a Monastic Chorus 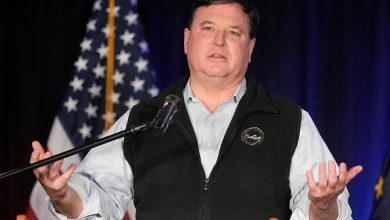 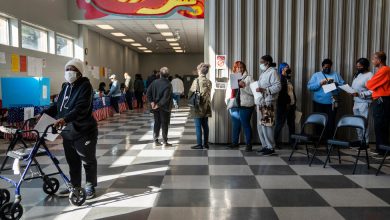 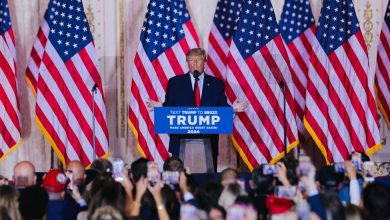 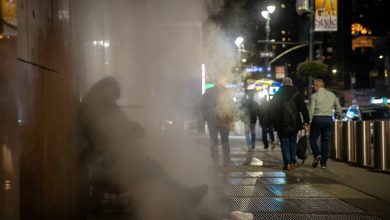