LONDON — The day after she walked behind the coffin of her mother, Queen Elizabeth II, in London, Princess Anne flew to Glasgow in Scotland on Thursday to meet with city officials, accept condolences from Glaswegians and inspect wreaths left in honor of the sovereign, who died last week.

It was the kind of yeoman’s duty that Anne, now 72, has carried out, uncomplainingly, for decades. The only daughter of Elizabeth and the younger sister of King Charles III, Anne has famously been one of the hardest workersin the royal family, often logging more than 400 public events a year.

Owing to the laws of primogeniture, she is 16th in the line of succession to the throne. But that understates her influence in the royal family, where she is a trusted adviser to Charles, and her stature with the public, where her approval ratings have been higher than any of the surviving senior royals, save Prince William and his wife, Princess Catherine.

“Growing up when she did, Anne appreciated that the monarchy could only survive if it could justify its existence,” said Edward Owens, a historian who has written extensively about the royal family. “She’s always recognized that the family can only enjoy the privileges of royal life if they work hard.”

With the ascension of Charles to the throne, experts on the royal family said, Anne’s role is likely to become even more central. The new king will rely on his sister, who is known as the Princess Royal, to keep up her busy schedule of public duties in a slimmed-down family. She is also likely to advise him on delicate family matters, like how to handle their younger brother, Prince Andrew, who has been in a kind of exile since the disclosure of his ties to Jeffrey Epstein, the convicted sexual predator.

Her mother’s death gives Anne new status as a senior female figure in the House of Windsor, even if Charles’s wife, Camilla, the queen consort, outranks her in protocol, and Princess Charlotte, the 7-year-old daughter of Prince William, is the most senior female royal in terms of succession.

Hers is a less dramatic story of struggle and redemption than that of Charles, to say nothing of the rise and fall of Andrew. But it is, nevertheless, a remarkable journey of a woman who went from a privileged youth, in which she acquired a reputation as haughty and sharp-tongued, to a formidable career in charity work, most notably with Save the Children, of which she was president from 1970 to 2017.

Along the way, she competed in the 1976 Montreal Olympics as an equestrian; suffered a failed first marriage to Mark Phillips, also an Olympic equestrian; settled into a stable second one, with Timothy Laurence; and survived a kidnapping attempt in 1974, telling the gunman who ordered her out of her car to hold her for ransom: “Not bloody likely!”

Even Anne’s role in the days surrounding the queen’s death reinforced her reputation for hard work. She was on hand for her mother’s final hours at Balmoral Castle in Scotland, and then accompanied the coffin on a six-hour trip to Edinburgh, where the queen lay in state. Anne rode in a car behind the hearse with Mr. Laurence, a vice admiral in the Royal Navy whom she met when he was serving on the royal yacht Britannia.

Princess Anne walking beside King Charles III as the coffin of their mother, Queen Elizabeth II, was conveyed from Buckingham Palace to Westminster Hall.Credit…Andrew Testa for The New York Times

In the solemn procession of the queen’s coffin from Buckingham Palace to Westminster Hall on Wednesday, Anne walked in the front row, to the king’s left. She wore a ceremonial uniform of the Royal Navy with the rank of admiral, according to the palace, glittering with 10 medals, a Garter star and a Garter sash.

Andrew was to her left in a morning suit, which reflected his banishment from official duties after the settlement of a sexual abuse case brought against him in the United States by Virginia Giuffre. Walking in the row behind, Prince Harry wore a dark suit, as well, signifying his status as a nonworking royal, since he and his American-born wife, Meghan, moved to Southern California in 2020.

The loss of Andrew and Harry as working royals has put a burden on those who remain, not least Anne, since hundreds of obligations a year must be parceled out to a smaller number of royals. That burden became even heavier with the death of the queen’s husband, Prince Philip, in 2021. Philip, the Duke of Edinburgh, was the patron of dozens of charities, jobs that the king will have to reassign to other royals.

The king himself founded and oversaw a major charity, the Prince’s Trust, and is a patron of hundreds of other charities. He acknowledged that as the monarch, he will not be able to continue much of that work.

“It will no longer be possible for me to give so much of my time and energies to the charities and issues for which I care so deeply,” Charles said in a televised speech last Friday. “But I know this important work will go on in the trusted hands of others.”

Princess Anne in Glasgow on Thursday. She told an affectionate crowd there that the floral tributes to her mother were “really and truly out of this world.”Credit…John Linton/Press Association, via Associated Press

Beyond her workload, royal experts say, Anne has been a common sense presence in the royal family. Aside from a brief period of turbulence when her marriage to Mr. Phillips foundered in 1989, she has provided little grist for London’s tabloids. She chose not to give her two children, Peter Phillips and Zara Tindall, royal titles.

“I think it was probably easier for them, and I think most people would argue that there are downsides to having titles,” Anne said in an interview with Vanity Fair in 2020. “I think that was probably the right thing to do.”

Like her mother and father, Anne has particularly close ties to Scotland and will most likely serve as the royal family’s unofficial emissary to the Scots. On Thursday, the Princess Royal told an affectionate crowd in Glasgow that the floral tributes to her mother were “really and truly out of this world.” She accepted bouquets, knelt to talk to children and comforted tearful well-wishers in the city’s George Square.

For all of Anne’s responsibilities, a superannuated law on male royal primogeniture puts limits on her role. She does not, for example, have the title counselor of state, a designation that entitles members of the royal family to stand in for the king in certain duties and makes them members of the Privy Council. The current lineup is Queen Camilla, William, Harry, Andrew and Andrew’s elder daughter, Princess Beatrice.

“It is absolutely unfortunate,” Mr. Owens, the historian, said, “but it’s the nature of gender politics in the royal family that women were not taken seriously for too long.”

The Eight Film Festival Movies That Got the Biggest Awards Boost 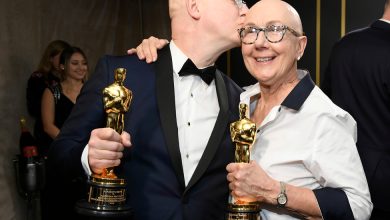 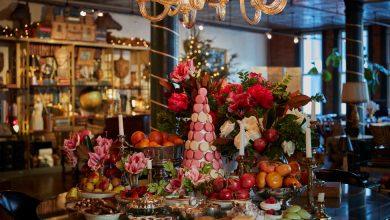 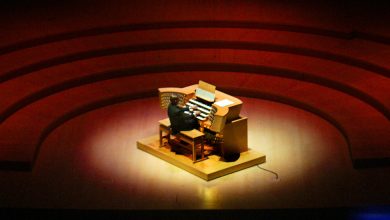