MILAN — The night before Italy went to the polls on Sunday for its first general election in five years, almost 20,000 people thronged the square in front of the Duomo. It was raining, but they stood side by side, jittering in mass anticipation. A raised stage had been constructed before the soaring cathedral, and on either side stood towers of floodlights and two enormous screens.

Then out marched another mass of people in white puffer jackets. The Moncler 70th anniversary experience had begun, and it seemed like the brand had invited practically the whole city (plus Colin Kaepernick) to come together and watch.

Italy may have been on the verge of voting in its most extreme right-wing government in decades, but Italian fashion has been swinging in the opposite direction. Normally the promise of the country’s first female prime minister — Giorgia Meloni, leader of the Brothers of Italy party — would have designers nattering on about women and power and what it means to them (big shoulders, usually), but not this time. This time, the looming shift in vibe has seeped onto the runways in a different form.

Sitting front row at Bottega Veneta, for example, Gaetano Pesce, the artist and architect who created the swirling, multicolored set with its hundreds of unique chairs for the brand’s designer Matthieu Blazy, called the concept a tribute to diversity and the differences that define us. Mr. Blazy later called it “the world in a small room.”

He celebrated exactly that, in a tour de force of a wardrobe variety show that ranged from the everyday — Kate Moss in what looked like a plaid flannel shirt (which turned out to be leather) over a white tank and faded jeans (also leather) — to the extraordinary: a trio of calf-length dresses in kumquat, lemon and light blue covered in thousands of feathery filaments that seemed to undulate in the air.

In the middle were assorted pick-your-personality options including pantsuits with the seams pinched together into little raised fins at the back of the calves and arms, and gorgeous knit jacquard dresses that looked like abstract landscapes, hugging the shoulders and finished in deep-pile fringe. A turquoise leather skirt sprouted a garden of three-dimensional flowers beneath a skinny ribbed knit while filigree ivory slip dresses came scattered with furry pastel blooms and hung with iridescent beading, like drops of water. All of it united by exacting technique and generosity of spirit. And the idea that there are no designer dictators here.

This was after Stella Jean returned to the catwalk — after a two-year absence in protest at the lack of designers of color in Milanese fashion — with her multicultural WAMI show, an acronym for “We Are Made in Italy,” featuring the work of five other designers as well as her revisionist plantation dressing overlaid with Haitian-inspired prints. After she ended that show with a rabble-rousing speech, crying, “When it comes to civil rights and human rights we are all part of the same party.”

And after Donatella Versace, who earlier in the week had posted a red, white and green heart on Instagram with the words (in Italian) “vote to protect rights already acquired, thinking about progress and with an eye on the future,” sent out a parade of what she called in her show notes one “goddess of freedom” after another.

As to what goddesses of freedom wear, well, the same thing as goth moto rebels from the 1990s apparently, liberating themselves from the tyranny of good taste (often equated with conservative taste). That meant fringed and abbreviated black leathers, slashed peekaboo jersey, animal-print sheer shirting over hipster cargos, and teeny lacy lingerie numbers in neon Barbie shades, complete with bridal veils.

And it meant Paris Hilton strutting her stuff in a glittering pink crystal minidress as a surprise finale — in what seemed a somewhat Teflon nod to the recent trend for re-examining the narrative around the women who became cultural punching bags at the turn of the millennium.

(As it happened, Paris wasn’t the only famous blonde making a guest appearance: As seen in scores of social media clips, Kim Kardashian, who collaborated on the Dolce & Gabbana show and its bustiers forever! sparkle, took a finale bow, alongside the designers.)

But still, there’s a lot of emotion permeating the clothes, generally in a good way.

It infused the Gucci show, certainly, which was called “Twinsburg.” Inspired by the designer Alessandro Michele’s mother and her identical twin sister who helped raise him (rather than the Ohio town of the same name or the stuff of horror films) — as well as the idea of the “other” — it featured 68 pairs of identical twins.

Not that anyone in the audience realized it at first, since each model was seemingly just walking on their ownsome in the gobbledygook fantasia of muchness for which the designer is known: tiger stripe boots under chinoiserie pencil skirts with tabard tops and sunglasses dangling rhinestone fringe; gray suits with the pants turned into stockings complete with garter belts; sofa brocades and cheongsams and Lurex 1940s Hollywood goddess gowns; gremlins.

Wait — gremlins? Yes, those furry creatures from the 1984 black comedy about adorables with twin personalities whose evil instincts come out when they get wet. They were made into bags, worn on the front of belts and the tops of slides, and even printed on the hem of an evening dress. They mixed it up with overalls and traffic cone-orange sequined jackets splashed with the word “Fuori!!!”

That was the name of a 1970s magazine from the Fronte Unitario Omosessuale Rivoluzionario Italiano, or the United Homosexual Revolutionary Front. It was, Mr. Michele said later in his usual post-show stream-of-consciousness news conference, a reminder that “we are entitled to freedom. We fought to say the issue was freedom.” And that, he said, it is time to fight again.

He did it on the runway not with his clothes, which don’t really change from season to season (How could they? He’s already put every imaginable permutation of everything on the runway), but with how he framed them. This time that meant a backdrop featuring portraits of twins — which later rose up to reveal an identical show taking place on the other side.

Then the twins reappeared, reaching across the divide to clasp hands, traversing the show space as one. Metaphor alert!

One that turned out to be utterly convincing for conveying the idea that we are, in fact, stronger together.

Two is a Trend

In one of those weird mindmelds that occasionally takes place in fashion, like every designer suddenly making blue or, in this season’s case, cargo pants with cropped tops, the Sunnei designers Simone Rizzo and Loris Messina were also playing with the idea of twins, using them to explore the transformative power of fashion.

In the audience they had planted models who clambered out of their seats dressed in basic mufti (denim miniskirts, chinos, oversize sweats) and then down the runway to disappear through a revolving door, their doppelgängers then emerging in entirely new, brightly colored geometrics like a parade of Supermen from their phone booths.

Then there was Brunello Cucinelli, who this season introduced the concept of “twinwear,” meaning paired items (easy shirts and trousers in the same beaded champagne satin; an earthy knit skirt and cardigan with tiny sequins) that can lounge equally well in the light of day or a candlelit evening. And at Jil Sander, Luke and Lucie Meier combined their men’s and women’s wear, the more effectively to reveal the gracefully minimal suiting that — along with some lusciously fringed evening wear — is the ideal antidote to the Gen Z pandering that has become ubiquitous on so many runways.

It all made Walter Chiapponi’s blandly serene collection at Tod’s, shown in the shadows of Anselm Kiefer’s towering installation “The Seven Heavenly Palaces” and full of buttery leathers in 50 shades of camel and greige, seem awfully disconnected by comparison. Even with Carla Bruni, France’s former first lady, to start things off.

Ghosts of New York’s Glamorous Past Haunt an Empty Pub 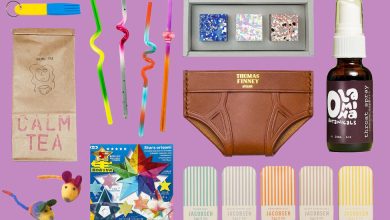 What the T Magazine Editors Are Eyeing This Holiday Season

In Paris, an Apartment Built on Heirlooms and Wicker 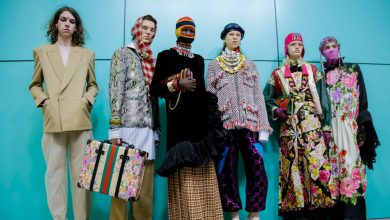