The clock was ticking.

Weaving at high speeds through the traffic of Hyderabad, a city in southern India, Shivam Tirupati Niralwar, 29, ran through red lights and drove into oncoming traffic. He would do whatever it took to fulfill his mission: Deliver an order of fried okra to a 25-year-old office worker in no more than 11 minutes.

Mr. Niralwar is part of an army of drivers working for Indian delivery apps that are competing fiercely — some say dangerously — to see just how fast a restaurant meal, an evening’s cooking supplies or an iPhone can be conveyed to a waiting customer.

Quick commerce has become the norm in many countries. But some Indian companies are pushing the bounds of logistics and endurance. The service Mr. Niralwar works for, Swiggy Instamart, promises grocery deliveries “in minutes.” A competitor, Zepto, puts a number on its alacrity: 10 minutes or less. Others offer same-day delivery of heavy appliances, or package pickup in an hour or two.

Companies like these, which have proliferated during the pandemic, are offering deliveries at ever lower prices and with ever-shorter wait times in hopes of achieving scale in a crowded market. They are under intense pressure to find the right formula as domestic and foreign investors pour in billions of dollars, hoping to pick winners that will one day turn a profit.

As these new ventures test whether the market demands 10-minute deliveries of loaves of bread or packets of masala, the burden falls disproportionately on the drivers — a seemingly endless supply of young people, mostly men, willing to work long hours under hair-thin deadlines for a few dollars a day.

Mr. Niralwar picking up a food order in Hyderabad. Young men make up the majority of the fleet of drivers who work for delivery apps.
Venkat Rao, a delivery driver for the Dunzo app, packing his next delivery.

“Somebody has to pay for that,” said Saibal Kar, a professor of economics at the Center for Studies in Social Sciences in Kolkata. “Unfortunately, it’s the workers.”

India’s economy is growing at the fastest pace of any major country, fueled by corporate earnings and middle-class consumption of the sorts of goods these companies are rushing to deliver.

But there has been no commensurate growth in steady jobs in India’s deeply unequal society. That has left the legions of working poor who toil as delivery drivers to serve a middle class that they have fewer and fewer hopes of ever entering.

Millions have been pushed into gig work as Prime Minister Narendra Modi has moved to privatize public entities and cut red tape, enacting a series of changes to labor regulations that have diluted protections for workers.

The number of gig workers is projected to reach 23.5 million in 2030, nearly triple the number in 2020, according to a June report by Niti Aayog, a government research agency.

With India’s public sector shrinking, the informal sector now accounts for more than nine out of 10 jobs, International Labor Organization data show. Such jobs, without guaranteed health insurance, social security or pensions, range from the treacherous — construction work without hard hats or other protective gear, or assembly-line labor in illegal firetrap factories — to the merely miserable.

Work as a delivery driver can seem a better alternative. Delivery app companies dangle offers of 45,000 rupees per month, or more than $540, in targeted ads on social media, about double the country’s median income.

But drivers say they rarely earn anything close. What they do get is constant hounding by customers and automated calls from the companies to go faster. The algorithms that assign orders, they say, reward drivers with high ratings, which are based on the speed and number of past deliveries. Drivers say delays — regardless of the reason — can mean a reduction in assignments or even a suspension, pressure that sometimes pushes drivers to put themselves in danger.

Mr. Niralwar joins other delivery app drivers every evening as they mill about in a dusty, unpaved parking area in Hyderabad. They chat between orders, lifting pant legs to compare motorcycle injuries.

Ankit Bhatt, 33, moved to Hyderabad four years ago so that his wife could take a job at a call center. Without a college degree, he had more limited employment options: low-paying retail or informal manual labor.

Ready to begin his evening shift for Swiggy Instamart, Mr. Bhatt tried to log in but found that his ID had been temporarily blocked — punishment, he said, for failing to deliver an order after his motorcycle clutch had given out.

“You could be sick, you could have an accident, your bike could have mechanical issues. You will be penalized for that,” Mr. Bhatt said.

Ankit Bhatt, a delivery driver, checking his account status in the app he drives for.
Shaik Salauddin, right, has persuaded tens of thousands of delivery app drivers like himself to unionize.

A Swiggy spokeswoman said delivery workers “are never disincentivized for a delay or failure in delivery due to unavoidable circumstances.” The company deactivates accounts, she said, only when workers are found to be in violation of the company’s “code of conduct.”

Zepto, the Swiggy competitor, said its model is more about the short distances drivers travel and not their speed. It said it calls them to provide navigation help when they fall behind on orders.

Like many others, Mr. Bhatt delivers for several companies. He recently tried out Zepto but found the pressure overbearing.

“I started getting calls from the company saying, ‘Where are you? Come to the store! Your ID will be blocked otherwise.’ I told them I can’t do this,” he said.

Shaik Salauddin, a driver for the ride-sharing app Ola, persuaded Mr. Bhatt and about 26,000 more like him to join a new union in the state of Telangana, where Hyderabad is the capital. The union is pushing for better safety standards, insurance and other driver benefits.

Mr. Salauddin is firmly opposed to the ultrafast delivery model, which he says is neither safe nor necessary. “There are accidents, and people die,” he said. (There are no official figures on injuries and deaths among drivers.)

To fulfill orders that quickly, Swiggy and Zepto have strategically placed distribution warehouses in cities across India, concentrating them in areas with the highest demand.

Inside a Zepto “dark” store — a fulfillment center closed to customers — in south Delhi one recent day, a clock on a big screen flashed a 60-second countdown. Alisha, a store packer who goes by one name, zoomed past aisles of cereal and tea to grab bags of cauliflower, garlic and spinach, placing the items in a paper sack and putting it on a color-coded shelf. A booming timer alarm went off every few minutes.

Ms. Alisha, 23, who is pursuing a bachelor’s degree in art, said the job, which requires her to be on her feet from 7 a.m. to 4 p.m., earns her barely enough to pay rent and help support her aging parents.

She said she often felt overwhelmed. “Customers get angry and complain if they don’t get their orders on time,” she said. “They don’t think about us.”

Mr. Niralwar delivering food to a customer at an office location in Hyderabad.
Mr. Niralwar studying for a master’s degree at the hostel where he lives.

Zepto, which was founded by two Stanford University dropouts struggling to feed themselves during the pandemic lockdown in Mumbai, calls drivers the “lifeblood of our ecosystem.” The company offers benefits that others don’t, like a place for drivers to sit down and a bathroom at its delivery hubs.

For many drivers, “this is the only way they can get quick access to capital that is reliable, without much risk to being exploited in the depths of urban India,” said Aadit Palicha, one of Zepto’s co-founders.

Mr. Palicha said Zepto’s business was built not on India’s surfeit of workers willing to toil long hours for low pay, but on frequent, fast deliveries.

“It’s a tempting narrative that this model only works where there is structural inequality,” he said. “But is that the whole story? No, because economic mobility is also happening.”

Still, drivers’ meager earnings are evident in Hyderabad, where Mr. Niralwar pulled a Swiggy hoodie over his frame in Room No. 307 at a men’s hostel that he shares with two other men.

Mr. Niralwar’s scant savings go to his two sisters, both of whom are planning to marry this year. When he has time, he hops a train home to the western Indian state of Maharashtra, where he recently started a graduate degree in social work.

As he logged in to the Swiggy app, ready to start a new shift, he reflected on how the demands of delivery work left no time for love.

Tags
Other Said That With Work 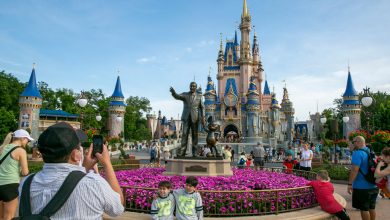 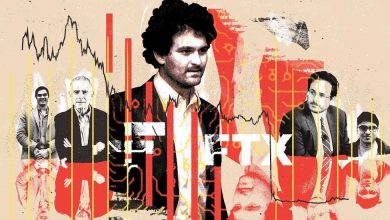 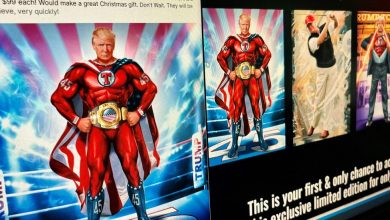